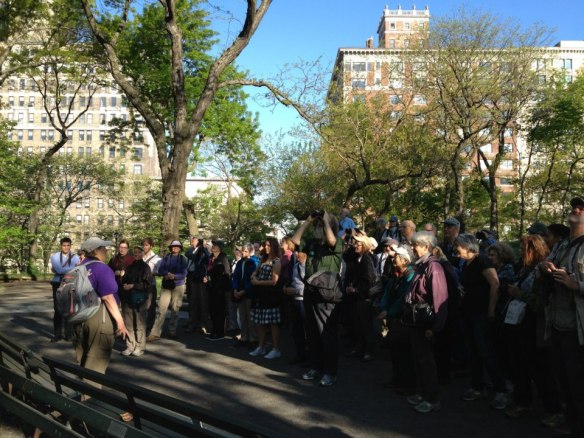 Postponing the walk turned out to be a very good thing. Today, May 10, was by far the best birding day of the year. It rivaled the best May days of 2012. Winds turned to the southwest overnight for the first time in weeks, and the day began warm and sunny.

A large gathering of birders, at least eighty, honored Starr at Summit Rock. Lenore Swenson and others spoke about what Starr meant to them. Observers were treated to surrounding oak trees filled with migrant birds.

Lenore’s group tallied well over 50 species in the Ramble and adjacent areas. Some birds worth noting: